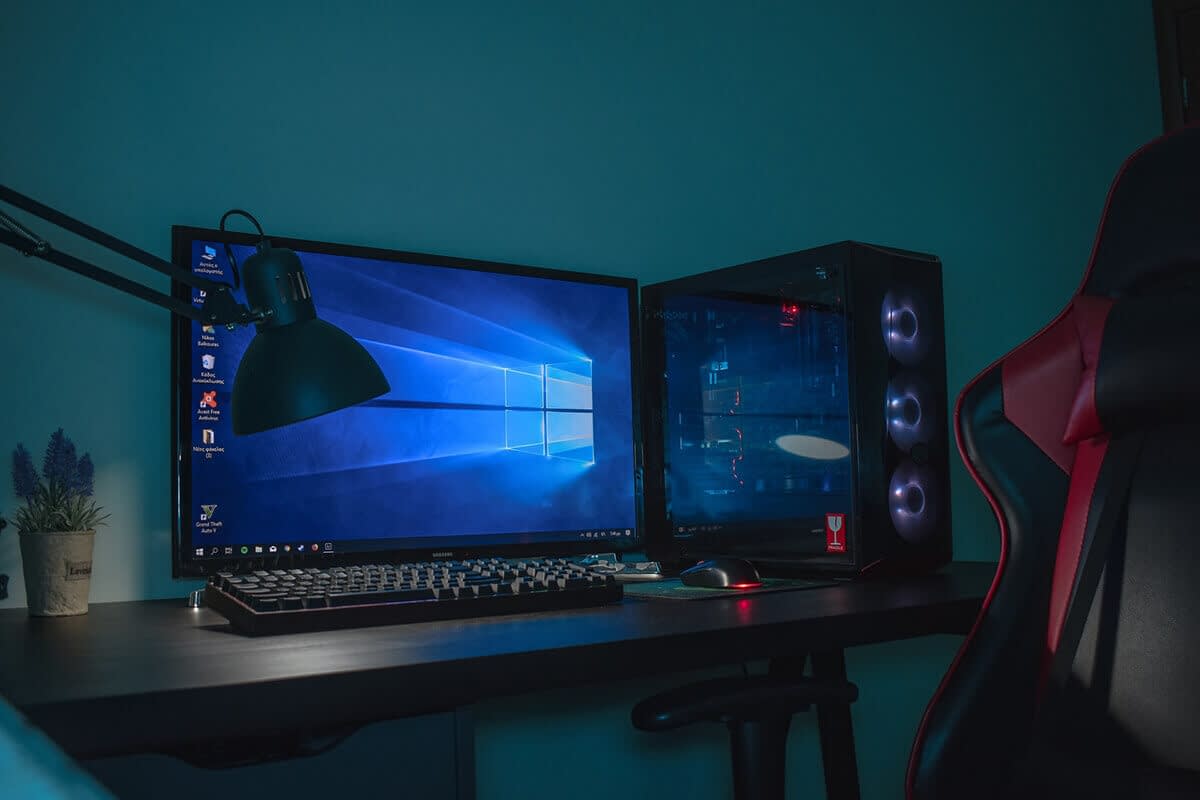 In India, budget gaming pc build might be one of the most popular in custom pc building. This custom gaming/video editing pc has the potential of running 1080p 60fps and also can use in the task of editing and rendering. In our country, the majority of the people do their first pc build under this price range. So, we have chosen such parts which are future proof.

N.B–  In this budget custom pc build, we have given two options for the CPU processor & GPU (one for gaming and another for video editing and rendering) so that you can choose your processor according to your need.

Launched in April 2018 ryzen 5 2600X (12nm) is one of the best processors we can use in a budget segment pc build. Counting of 6 Cores and 12 threads the CPU has the base clock of 3.6GHZ to boost clock of up to 4.2GHZ and the version of the PCI Express is PCIe 3.0x 16. The AMD Ryzen 5 2600X supports DDR4 memory up to 2933MHz which considered suitable for most games. You can also do overclocking this CPU with a supported motherboard.

The ryzen 7 2700 is one of the entry-level processors in ryzen 7. With 8 Cores and 16 threads, it can easily handle the CPU centric task like video rendering and editing. 2700 has a base clock of 3.2GHz and a boost clock of 4.1 GHz and PCI Express version of PCIe 3. 0x16. This CPU Supports 2933MHz of DDR4 memory; we can’t say it’s the best but will easily do the daily task. Since this is also an unlocked processor, we can easily overclock it supporting the motherboard.

Comes in a budget range, this beast has some serious capabilities & features. The motherboard supports both 2nd and 3rd Gen Ryzen processors & the system memory can go up to 128 GB(32 GB single DIMM Capacity) in 4x DDR4 DIMM sockets. The board is coming with 1xPCI Express x16 with the support of AMD Quad-GPU CrossFire. for optimum performance the board has exclusive Realtek 8118 gaming LAN. And for the aesthetics, RGB Fusion 2.0 with digital LEDs support is like a cherry on top.

For a gaming Pc build the heart of the build is a Graphics card, A good graphics card with the right components can run games smoothly with good fps. For this build we are using the NVIDIA GTX 1660 super, the 6 GB of DDR6 memory is capable enough to run any games smoothly in 60 FPS. This card has 1408 CUDA cores & 336 GB/S memory bandwidth.

The AMD Radeon RX 570 one of the best and value for the money graphics card, It has 8 GB of GDDR5 memory. And the base clock is 1178 MHz to boost clock 1310 MHz. You can connect a maximum of 4 displays to this graphics card.

Corsair vengeance is One of the best and widely used RAM in pc builds. It consists of 8 GB of DDR4 memory with the SPD Speed of 3000 MHz.

In this build, we are going to use two types of storage SSD & HDD. The SSD is for the operating system & software. HDD storage for normal data storing.

This is a very popular SSD in the Pc build community. Its sequential read speed is up to 545MB/s and with an interface of SATA III 6Gb/sit is the best in price. It comes with 3 years of limited warranty.

As we can not use a fancy or expensive cabinet in this build, so we chose the Ant-esports ICE-200TG.

We have chosen this PSU to secure your future build with this PSU you can always upgrade your system without fearing of PSU. This PSU has input voltage 200-240Vac, Input current: 4.5A, with the frequency of 47-63Hz.

NOTE: PRICES OF THE COMPONENTS MAY INCREASE OR DECREASE QUOTED PRICES ARE FROM JANUARY 2021.